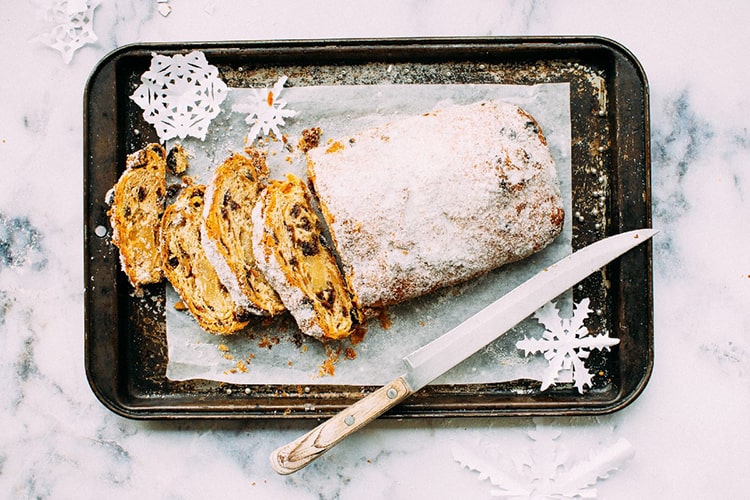 Note: This story was originally written for a writing prompt competition on medium. The prompt was a single noun that had to be integrated as the integral part of the story. That noun was ‘fruitcake’. So no, I don’t just have a strange affinity for an esoteric pastry.

“I hate your mother,” said Anita, as she kneaded pastry batter between her hands. “Ohh, you have to make something; everybody else is making something… I don’t care!”

“Well, I see the night is starting off on the right foot,” said John, Anita’s husband. He was perched over the kitchen counter, with a tall glass of wine in hand.

“I am not a baker!” said Anita, ignoring John’s comment. “I’m a Data Analyst. A damn good one. But does your mom care? Nope. I’m a woman, and I can’t bake, so I’m an awful person.”

“She’s a bit old fashioned,” said John, raising his eyebrows over his glass. “But don’t you think you’re being dramatic?”

“It’s just… every time your family gets together, your mother criticizes me. Remember last year? She chastised me for not cooking your dinners for you. John works very hard,” said Anita, parroting John’s mother. “He deserves a good meal when he gets home. Uh, ok — When is that supposed to happen? I work too. The old hag.”

John frowned. He considered coming to the defense of his mother, but quickly abandoned the idea. There was nothing to be gained there, and he was an expedient man. “Yeah, well, she doesn’t understand the way the world works today,” That was sort of a defense, anyhow.

“I’ll say,” said Anita, crumbling nuts and berries into the batter. “When was the last time you had fruitcake? Is that even a Christmas thing?”

“Not sure,” John shrugged. “I thought the fruitcake was your idea.”

“Eleanore suggested it,” she said, with air quotes. “So I figured I’d best oblige if I want to win daughter-in-law of the year.”

John cracked a smile in spite of himself. “Well, thank’s for making the effort,” he said.

Anita scooped the batter into a bread pan, smoothing it over with a spatula before sticking it in the oven. “Hmf”, she said. Walking over to John, she grabbed his wine glass and downed it before he had a chance to react.

“Well, I guess you deserve that,” he said, adjusting his square spectacles in mild shock. “Shall I get us some more?”

Two hours later, John and Anita sat in the back of an Uber, holding a still-warm fruitcake, wrapped in tinfoil, between them.

“Hey, how’s your night tonight?” said John, a bit too loudly, behind the driver’s seat. Even at a distance the the Uber driver could smell the wine on John’s breath, and gave a slight judgmental glance into his rearview mirror.

“It’s fine, sir,” said the driver, pulling up his Waze app to navigate. “Union and Fillmore, then?”

“That’s right,” said John as he leaned back, placing a boisterous arm over his wife’s shoulders.

“Stop that,” she said, savagely pushing his arm away. “I need some space right now.”

“Are you going to be okay when we get there?”

“Yes, but I need to mentally prepare.”

“Yeah, well, cooking’s put me in a bad mood,” she said, as her eyes rocked in their sockets drunkenly.

“Life’s hard,” said John, turning to look out the window.

“Don’t you start,” said Anita. “One bitchy McAndrew is all I have room for tonight.”

John threw up his hands defensively, but didn’t say a word.

Soon the Uber pulled up to their cross-street, and they stumbled out of the car to stand before a large, ostentatious house, replete with faux roman columns and engraved lion heads.

“So tasteful,” said Anita sarcastically, as she made her way to the intercom system at the gate. She punched in the code and waited.

“Who’s there?” said the voice of an accusatory old woman.

“Johnny boy!” said the voice. “Oh, come right in! Your brother and his wife are already here. We were expecting you thirty minutes ago!”

“Oh of course, of course,” There was a buzzing noise, and the gate slowly slid away.

“Thirty minutes?!” said Anita, in mock exasperation. “No! What ever shall we do to repent? Maybe a few Hail Marys?.” Anita got on her knees in a mock religious fever, flailing her arms over her head, and wailing “Oh lord! Forgive us for we have sinned!”

“Stand up!” said John as he pulled at her arm. “Stop that. That’s not even the Hail Mary.” but he was smiling all the same.

Fruitcake in hand, John and Anita approached the main door, passing demurely under marble columns as they avoided eye contact with the cherub statues on the walls.

“Seriously,” said Anita, pointing at one of the cherubs. “Like, what is that?”

“A love-baby,” said John, as he used the lion-head knocker on the door.

“Does something happen after you make, like, one million dollars, where you loose all your taste?”

“Oh, well, that house is actually pretty nice…” said Anita, pointing at a modernist glass home next door. “So, I guess it’s just your mom.”

“Johnny Boy!” came a pitchy voice as the door flung open. A sharp-eyed, gray haired woman in a floral dress strode out to embrace him. “How are you my son?”

“Oh, I see you’ve brought dessert!” Eleanore McAndrew paused and glanced up at Anita. “It is fruitcake, isn’t it?”

“Wonderful! And good to see you Anita,” said Eleanore. “White is definitely your color. Do come in.”

“Was that sarcasm?” whispered Anita to John. “I think it was.” John only shrugged sheepishly, and continued inside.

Inside, John’s family was already seated at the dinner table. Eleanore placed the fruitcake on the table and the newcomers all sat down.

“Well, we were getting a bit peckish, waiting around,” said Eleanore.

“Well, darling,” said Eleanore with a sickly smile. “Some cultures value promptness” Before Anita could respond, Eleanore turned to the table. “Dig in, everyone!”

Anita managed to maintain her composure through dinner, but as dessert edged closer, she could feel her anxiety increasing through a haze of drunkenness. The spattering of comments from John’s mother wasn’t helping her emotional state, either. Comments like: “I can’t wait for dessert”, or “Fruitcake was my favorite as a child. No one made it like my mother did.” rang in Anita’s frazzled mind like faulty church bells on a Sunday.

And then the moment came, like the crescendo of a dark opera. Eleanore stood, clinking her glass with a spoon to draw the small gathering’s attention. “Everyone, I just wanted to formally thank you all for being here tonight, the food has been so lovely. We’ll have to do a potluck for every occasion!”

Anita moaned under her breath, and barely prevented herself from hopelessly burying her face in her hands.

“And now, for dessert,” continued Eleanore. “Anita has made us a fruitcake. Let’s dig in!”

“Why did she say it like that?” said Anita, whispering into John’s ear. “Like, she told me to make it, didn’t she?”

“Yeah, I guess,” said John, shrugging absent-mindedly as he was handed a slice of the cake.

Anita watched as forks hovered over the cake in unison, like a sick little culinary firing squad, waiting for orders. Eleanore went first, slowly slicing into the fruitcake with the edge of her fork, a frown occupying her face.

“Well,” said Eleanore. “It isn’t very moist… but, lets see how it tastes.” she said, looking around the room like the coordinator of a great conspiracy.

The McAndrews moved their forks into the little slices of fruitcake on their plates like sloppy surgeons. Eleanore was already chewing. Anita closed her eyes.

“Well,” said Eleanore. “That is interesting. I’m not sure what it is, but it’s not fruitcake. Did you put Indian spices in this, dear?”

And that was the last straw. After three years of biting sarcasm and passive-aggressive comments, Anita exploded.

“No need to get upset, I was just asking, darling. Maybe it’s a cultural thing?” said Eleanore with a slight smirk.

“A cultural thing? I am from Ohio! But oh I’m brown so I put spices in everything. Of course!” Anita looked to John for support, but he was staring at his plate, unable to meet her eyes. “Coward!” she said.

“Darling, sit down. You’re making a scene.” said Eleanore, fussily waving her down.

“Oh am I?!” Enraged, Anita stood up, grabbed the pepper shaker, unscrewed the cap, and began tossing handfuls of pepper all over the table. “Here, family, have some spices, be enriched by my people’s cultural heritage!” she put her hand to her mouth and started whooping. “Oops, wrong Indian,” she said savagely, dancing back to John and pulling him out of his seat. “Come on, John. We’re leaving.”

“You stay right where you are, boy!” said Eleanore, pointing at John’s chair.

John stood with a bewildered look on his face, passing it from his mother back to his wife. “But…” was all he could manage to say.

“John, you leave with me now, or I leave you for good,” said Anita, gripping his arm harder.

Upon hearing this, John’s mother beamed a hideous smile. “Good. Let her go Johnny Boy. She’ll never fit in with our family anyhow; it’s for the best.”

John hesitated, his drunk mind not equipped to deal with the situation effectively. He hazily remembered snippets of a bleak and repressed childhood through a fog of alcohol and mental blocks, but they disappeared as fast as they came. He blinked stupidly.

“I know what’s best for you Johnny,” said Eleanore. “Come back to the table, now.”

Anita smiled triumphantly as she pulled John to the door, while Eleanore’s face turned a shade paler as she fell back into her chair, shocked.

“But… how could he?” said Eleanore, as John’s brother, Tom, returned to eating the fruitcake.

“You know,” said Tom. “I think the pepper kind of adds something to it.”

Outside, Anita paced back and forth as she and John waited for their Uber. “Like, who puts roman columns in their yard? Goddamn sociopaths, that’s who!” she was saying, as John stood there in a daze; he felt lighter somehow, like a massive weight he had been lugging around his entire life had been lifted.

“I don’t know how you’ve tolerated that for so long… honestly I think it explains some things…” said Anita, rambling on.

Suddenly, John weaved his arm around Anita’s waist as she paced past him. “I love you,” he said, and kissed her passionately.

“Thank you!” he said, feverishly.

Unsure of what she’d done, Anita blushed. “That’s the power of fruitcake,” she said awkwardly.

“Yes,” said John joyously. “Yes it is. I love fruitcake!”

Anita smiled, quickly catching on. “It was that good?” 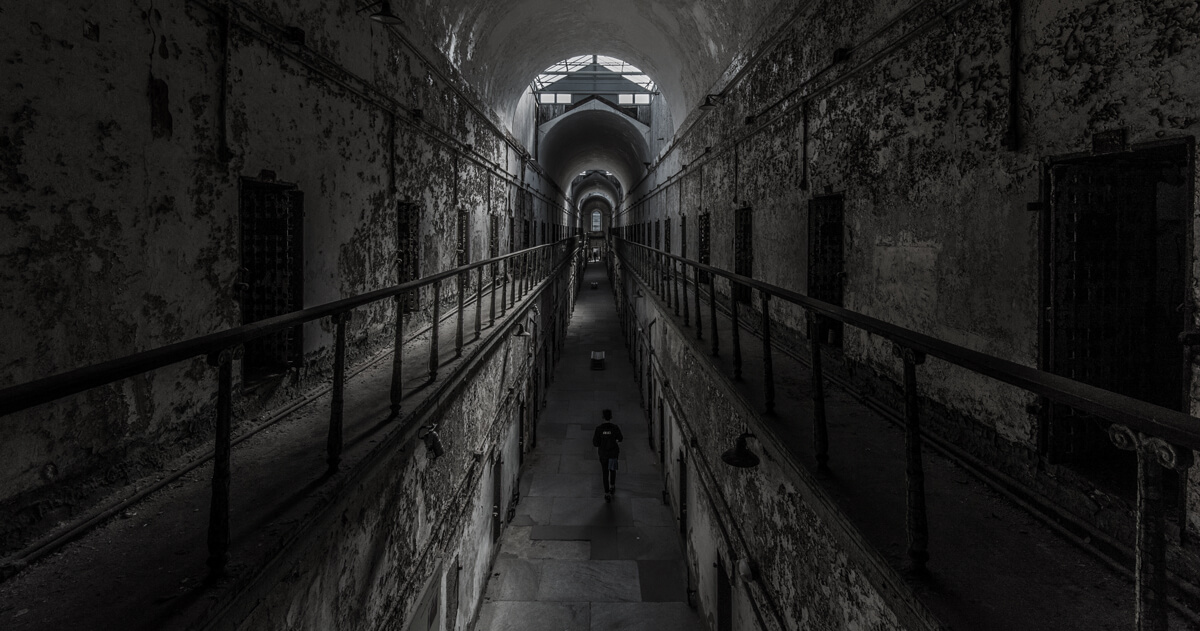 literary, science fiction Published 05 May 2020
In order to survive in a dystopian society ravaged by disease, a young man steals rare medical supplies to sell to the wealthy. 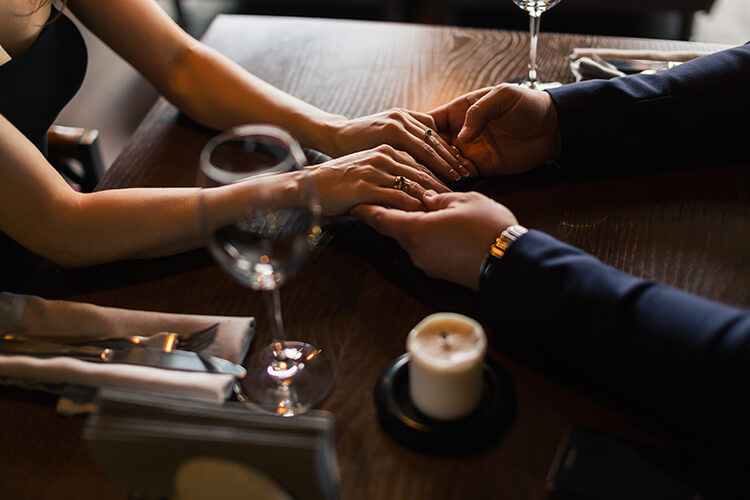 literary, short story Published 01 February 2020
A man grapples with the negative aspects of dating culture that confront him as he goes on a date with a woman he met on the internet.

literary, short story Published 30 January 2018
A young man, disillusioned by the bar scene in his native San Francisco, narrates his inner thoughts as he rides out a night on the town.